Moths to look out for in November ’20

A typically flamboyant Victorian name, but the Merveille du Jour deserves it. A master of camouflage, this single-brooded late autumn moth is relatively common and widespread. It lives on oak, overwintering first as an egg, and, refreshingly, it doesn’t seem to be declining. 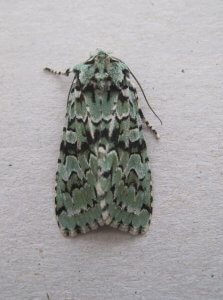 This moth is lumped with the Pale November Moth. The demure little geometer echoes the misty grey of the season. Another single-generation, late autumn moth, it over-winters as an egg and the following spring the caterpillar feeds on a wide variety of broad-leaved trees. It is sadly declining, despite no shortage of foodstuff, but it is possibly being under-recorded because it is difficult to differentiate between very similar species within the genus. 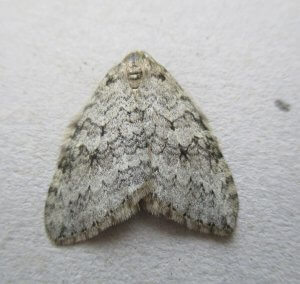 This nicely-marked carpet is unlikely to be confused with the Autumn-green and Beech-green Carpets as the two last species  very  rarely occur in Cornwall. The Red-green, not uncommon, is single-brooded, appearing in the autumn, but as the females hibernate through the winter they can be seen again next spring. 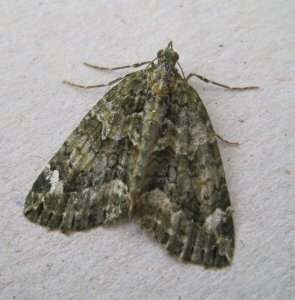 Happily, it seems to be increasing in number and distribution. The caterpillar feeds on a variety of trees and  the adult will come to light as well as feeding on ivy blossom in the autumn, and willow catkins the following spring.